Services this Sunday for The Alde Sandlings Benefice

Collect
Almighty Father, who in your great mercy gladdened the
disciples with the sight of the risen Lord:give us such knowledge of his presence with us, that we may be strengthened and sustained by his risen life
and serve you continually in righteousness and truth;
through Jesus Christ your Son our Lord,
who is alive and reigns with you,
in the unity of the Holy Spirit,
one God, now and for ever.

First Reading
Acts 9.1-6
Meanwhile Saul, still breathing threats and murder against the disciples of the Lord, went to the high priest and asked him for letters to the synagogues at Damascus, so that if he found any who belonged to the Way, men or women, he might bring them bound to Jerusalem. Now as he was going along and approaching Damascus, suddenly a light from heaven flashed around him. He fell to the ground and heard a voice saying to him, ‘Saul, Saul, why do you persecute me?’ He asked, ‘Who are you, Lord?’ The reply came, ‘I am Jesus, whom you are persecuting. But get up and enter the city, and you will be told what you are to do.’

Second Reading
Revelation 5.11-end
Then I looked, and I heard the voice of many angels surrounding the throne and the living creatures and the elders; they numbered myriads of myriads and thousands of thousands, singing with full voice,
‘Worthy is the Lamb that was slaughtered to receive power and wealth and wisdom and might and honour and glory and blessing!’
Then I heard every creature in heaven and on earth and under the earth and in the sea, and all that is in them, singing, ‘To the one seated on the throne and to the Lamb be blessing and honour and glory and might
for ever and ever!’ And the four living creatures said, ‘Amen!’ And the elders fell down and worshipped.

Gospel Reading
John 21.1-19
After these things Jesus showed himself again to the disciples by the Sea of Tiberias; and he showed himself in this way. Gathered there together were Simon Peter, Thomas called the Twin, Nathanael of Cana in Galilee, the sons of Zebedee, and two others of his disciples. Simon Peter said to them, ‘I am going fishing.’ They said to him, ‘We will go with you.’ They went out and got into the boat, but that night they caught nothing. Just after daybreak, Jesus stood on the beach; but the disciples did not know that it was Jesus. Jesus said to them, ‘Children, you have no fish, have you?’ They answered him, ‘No.’ He said to them, ‘Cast the net to the right side of the boat, and you will find some.’ So they cast it, and now they were not able to haul it in because there were so many fish. That disciple whom Jesus loved said to Peter, ‘It is the Lord!’ When Simon Peter heard that it was the Lord, he put on some clothes, for he was naked, and jumped into the lake. But the other disciples came in the boat, dragging the net full of fish, for they were not far from the land, only about a hundred yards off. When they had gone ashore, they saw a charcoal fire there, with fish on it, and bread. Jesus said to them, ‘Bring some of the fish that you have just caught.’ So Simon Peter went aboard and hauled the net ashore, full of large fish, a hundred and fifty-three of them; and though there were so many, the net was not torn. Jesus said to them, ‘Come and have breakfast.’ Now none of the disciples dared to ask him, ‘Who are you?’ because they knew it was the Lord. Jesus came and took the bread and gave it to them, and did the same with the fish. This was now the third time that Jesus appeared to the disciples after he was raised from the dead. When they had finished breakfast, Jesus said to Simon Peter, ‘Simon son of John, do you love me more than these?’ He said to him, ‘Yes, Lord; you know that I love you.’ Jesus said to him, ‘Feed my lambs.’ A second time he said to him, ‘Simon son of John, do you love me?’ He said to him, ‘Yes, Lord; you know that I love you.’ Jesus said to him, ‘Tend my sheep.’ He said to him the third time, ‘Simon son of John, do you love me?’ Peter felt hurt because he said to him the third time, ‘Do you love me?’ And he said to him, ‘Lord, you know everything; you know that I love you.’ Jesus said to him, ‘Feed my sheep. Very truly, I tell you, when you were younger, you used to fasten your own belt and to go wherever you wished. But when you grow old, you will stretch out your hands, and someone else will fasten a belt around you and take you where you do not wish to go.’ (He said this to indicate the kind of death by which he would glorify God.) After this he said to him, ‘Follow me.’

Post Communion
Living God, your Son made himself known to his disciple
in the breaking of bread: open the eyes of our faith,
that we may see him in all his redeeming work;
who is alive and reigns, now and for ever.

“May the words of our mouths and the meditations of our hearts be acceptable in thy sight, O Lord our rock and our redeemer.”

In some traditions today is called Low Sunday because church attendance is low, along with energy… after the build-up and excitement of Easter, the clergy are exhausted, as are the organists, flower team, wardens, choirs and perhaps even our congregations!

In some ways it’s a lot like other weeks after: the week after the wedding, the big birthday party, the birth, the death. What now? What next? Things will never be the same, but how exactly are they different? It’s just too soon to tell….

In other ways, the problem with the week after Easter is that things aren’t that different. After forty days of preparing for the life-changing reality of the resurrection, we’re still shaken by the awful news headlines, still despairing of the situation in Ukraine, still worried about the rising cost of living… still waking up in the middle of the night with more anxieties than alleluias…

Even if the world isn’t different this week after Easter, shouldn’t we be?

There aren’t many ‘Week After’ stories in the gospels:

Mark’s in such a hurry that he wraps things up with the empty tomb. Matthew adds a few lines about Jesus appearing to the disciples in

Galilee, commissioning them to carry on. Luke tells a great story about a stranger meeting up with two disciples on the road to Emmaus, but that happens on the same day Jesus vanishes from his tomb, and the minute the disciples recognise the stranger, he’s gone, carried up into heaven and out of their sight.

John is the only one who lingers on what it’s like to be a disciple after Easter. He’s the only one with a ‘Week After’ story, about Jesus and a disciple called Didymus, the Twin: better known to most of us as Doubting Thomas.

But to my mind, Thomas wasn’t any less trusting than the rest of them. When the women ran home from the grave to tell the Disciples that Jesus wasn’t in his tomb, they didn’t believe them.

They ran to see for themselves.

When Jesus came back that same night to the house where the disciples were hiding, they believed because they saw him for themselves.

The only reason Thomas got singled out was because he wasn’t there. He didn’t get to see for himself, which is why he had questions the others didn’t have. They had evidence. He had hearsay.

I don’t know about you, but I rather like Thomas’ honesty. I feel grateful for him, because he’s proof that even people who were right there had trouble believing that Jesus had risen from the dead.

After that, Thomas became the missing disciple, the one who wasn’t there. He wasn’t there in the locked house with the others that night, wasn’t there when Jesus came and stood among them, wasn’t there when Jesus gave them his peace, showed them his wounds, gave them power over sin, and bid them receive the Holy Spirit -basically everything he had to bring his little church back to life. Before they saw Jesus, it must have looked like the end of everything for the disciples. They’d had the breath knocked out of them.

No breath means no life. There’s no way forward without breath.

Before Jesus came to them, that’s how the disciples were – all locked up in the house where they met – physically and literally. Then Jesus came to breathe on them and their fear turned to rejoicing – He gave them his own breath to bring them back to life.

But Thomas wasn’t there.

In the usual interpretation of this story, Thomas’ problem was that he needed physical proof that God had raised Jesus from the dead. He wanted to weigh the evidence for himself, and without that, Thomas said, he wouldn’t believe.

But if you listen to what he says, another possibility opens up.

It’s the wounds Thomas wants to see, not the face. He wants to touch the places where the Jesus he knew so well was hurt.

He wanted to see the marks on Jesus’ body. He wanted to reach out and touch those wounds. Only then would he believe that it mattered, that Jesus’ resurrected life meant something for every life… each and every one of us… no matter how hurt… no matter how scarred.

right with you… than wrong with you!

Thomas puts it more forcefully, once he’s seen the marks on Jesus’ body for himself, he exclaims “My Lord and my God!” He wasn’t the missing disciple anymore.

Thomas was back- a week late, but back and Jesus didn’t seem to mind coming back for him alone.

So here we are, back the week after Easter, still gathering faithfully many years since the first Easter, exhausted or not on this Low Sunday.

Blessed are we who have not seen and yet have come to believe.

The Lord is risen!
Alleluia! Alleluia! 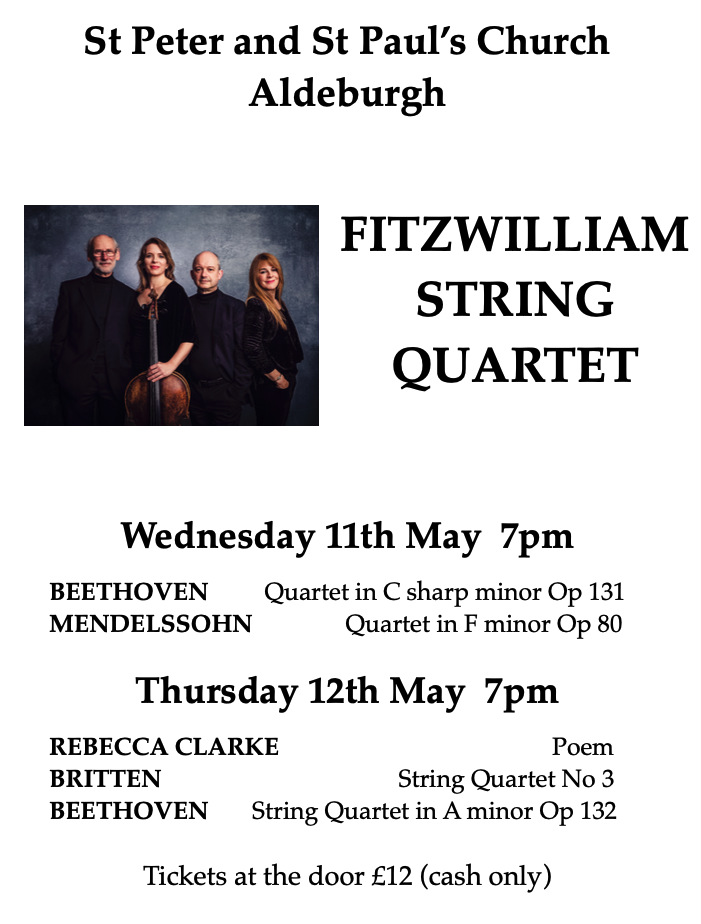 Next Week
Sunday 8th May
Fourth Sunday of Easter