Message from the Rector

An important correction to last week’s pew sheet to begin with. James’s ordination to the priesthood happens in our cathedral at 5.30pm on Sunday September 6th. And he will be presiding at Holy Communion for the first time in Aldeburgh church at 10.30am on September 13th. My apologies for the confusion which was entirely my own fault. A reminder, though, that although numbers at the cathedral service are limited by current rules anyone will be able to be with James ‘virtually’ as the service will be streamed live on the cathedral’s Facebook page – www.facebook.com/stedscathedral/posts

This is also a good time to remind everyone that in addition to our own streamed or recorded services on Sundays and Wednesdays our cathedral offers daily worship online too. The link above will take you to the Facebook page which has more details.

Some news of Aldeburgh churchyard. Many of you, even those who aren’t Aldeburgh residents, will have noticed that the churchyard is in something of a mess. It has come about due to a historic lack of maintenance combined with recent difficulties caused by East Suffolk Council’s contractors having to scale back on the work that they do because of Covid-19. The good news, however, is that the churchyard has now been mowed for the first time in months and a working-party has begun to address the longer-term issues. Our plan is initially to clear scrub, brambles, saplings etc and then to commission a survey of the state of the trees. A small number are beautiful and historic (but need work), many are self-seeded sycamores that should really have been cleared before they were allowed to grow up. We very much hope that during the late summer and autumn you will see a real difference in the churchyard and our long-term aim is to make it the place of tranquillity and beauty that it should be.

Finally, may I commend James’s sermon to you? It is printed in this pew sheet, but you will be able to hear him preach it either in Friston church at 9.45 on Sunday morning or online from 3pm. Saturday 15th is the feast of St Mary – Friston’s Patron Saint – and we will be celebrating her on Sunday. Her hymn, the one we call the Magnificat, contains some of the most familiar and yet most revolutionary words in the whole of the gospels and James’s thoughts are very much to be taken to heart by us all.

With love, as ever

Collect
Almighty and everlasting God, who stooped to raise fallen humanity
through the child-bearing of blessed Mary: grant that we, who have
seen your glory revealed in our human nature and your love made
perfect in our weakness, may daily be renewed in your image
and conformed to the pattern of your Son Jesus Christ our Lord,
who is alive and reigns with you, in the unity of the Holy Spirit,
one God, now and for ever.
Amen

First Reading
Isaiah 61.10-end
I will greatly rejoice in the Lord, my whole being shall exult in my God;
for he has clothed me with the garments of salvation, he has covered me with the robe of righteousness, as a bridegroom decks himself with a garland, and as a bride adorns herself with her jewels.  For as the earth brings forth its shoots, and as a garden causes what is sown in it to spring up, so the Lord God will cause righteousness and praise to spring up before all the nations.

Second Reading
Galatians 4.4-7
But when the fullness of time had come, God sent his Son, born of a woman, born under the law, in order to redeem those who were under the law, so that we might receive adoption as children. And because you are children, God has sent the Spirit of his Son into our hearts, crying, ‘Abba! Father!’ So you are no longer a slave but a child, and if a child then also an heir, through God.

Gospel Reading
Luke 1.46-55
And Mary said, ‘My soul magnifies the Lord, and my spirit rejoices in God my Saviour, for he has looked with favour on the lowliness of his servant.
Surely, from now on all generations will call me blessed; for the Mighty One has done great things for me, and holy is his name.  His mercy is for those who fear him from generation to generation.  He has shown strength with his arm; he has scattered the proud in the thoughts of their hearts.  He has brought down the powerful from their thrones and lifted up the lowly; he has filled the hungry with good things and sent the rich away empty.  He has helped his servant Israel, in remembrance of his mercy, according to the promise he made to our ancestors, to Abraham and to his descendants for ever.’

There have been some odd headlines this week in the news.

“Wild bear that sniffed woman’s hair is caught and castrated” apparently this incident was caught on camera in Mexico.

“Revealed: Lisa Armstrong’s new lover is a married electrician and father-of-two who split from his wife only months ago – as she tells of her ‘upset’ at seeing him cuddling Ant McPartlin’s ex” which is interesting if you know who these people are.

And from the Eastern Daily Press “Norfolk struck by Tsunami” which sounds worrying until on closer inspection it emerges this devastating event happened 8,000 years ago.

It is, of course, August, the silly season, and despite the endless pandemic of news about the pandemic, the strangest stories are making their way into the public sphere. And sometimes it’s hard to work out what’s really going on – what is the story behind the story.

Today we have just heard Mary’s song of praise – known as the magnifcat – one of the most well-known songs in the Christian tradition, one of the ancient hymns of the faith.

Perhaps time and repetition can dull our senses and it is perhaps a bit too easy to think the mag – as it is known in churchy circles – is simply that bit we say between the readings at evening prayer. But in fact, it is an extraordinary statement and outburst of praise – often reflected in the power of its musical settings.

In this statement, Mary, gives a hint of the gospel before the gospel is written. She outlines the revolutionary message that Jesus’ life death resurrection and ascension actually mean – the lifting up of the lowly, the subjugation of pride, the feeding of the hungry; trusting in great mercy of God rather than in money and wealth.

Thus the magnificat is also a world changing statement of faith, indeed an early manifesto of Christianity that reflects and heralds the victory of the resurrection long before it actually happens.

And above all, the magnifcat sets the tone for the entire Gospel – because the child Mary bears is bringing something so different, so radical, so life changing, that she’ll be blessed by generations to come. God has looked on her with great favour, even though she’s just a lowly handmaiden.

And there’s more. The Song of Mary is also deeply imbued with Old Testament quotations, verses Mary would have known since childhood. Verses that pointed towards a saviour of the world who would be the fulfilment of ancient prophesies. Mary is not only stating what is to come but she is also stating what has been spoken about for centuries – the prophesies were true after all.

But the story behind the story, it seems to me, is perhaps something far simpler – that of a mother to be excited about the baby that is to come and sharing that delight with those around her.

And the excitement and joy that Mary experiences flows out off her in an expression of spontaneous gratitude to God. It is a response of worship. Mary is expressing her faith with such confidence her words have been repeated and cherished, set to music and remembered for centuries. Mary is also saying yes to God’s service with deep joy and willingness of heart.

And I think it is from this confidence and this joy that we can draw hope and inspiration.

But the Song of Mary is a confident expression of hope – that God is here and he is with us. As a Christian community, the body of Christ in this place, we are called to share the confidence of our faith with the wider community. We are also called, like Mary, to say yes to God with a willing heart and to praise and worship God in thanks and gratitude –it is no coincidence that the theology of Holy Communion service has thanksgiving at its root.

Today as we come together to pray, give thanks and encourage one another, let us be renewed in our faith, thankful for all we have and all we are, let us say yes to God once again and go out into the world to celebrate in our lives and in all we do, the extraordinary saviour Mary bore.

God most high, whose handmaid bore the Word made flesh:
we thank you that in this sacrament of our redemption you visit
us with your Holy Spirit and overshadow us by your power;
strengthen us to walk with Mary the joyful path of obedience
and so to bring forth the fruits of holiness; through Jesus Christ our Lord.

The Week Ahead – Next Sunday
23rd August – Eleventh Sunday after Trinity

Pilgrims Together
(part of The Alde Sandlings Benefice)
invite you to
Thorpeness Summer Services 2020
Celtic Style Worship
9.30am at The Meare, Thorpeness

ALL ARE WELCOME
Please bring your own chair! 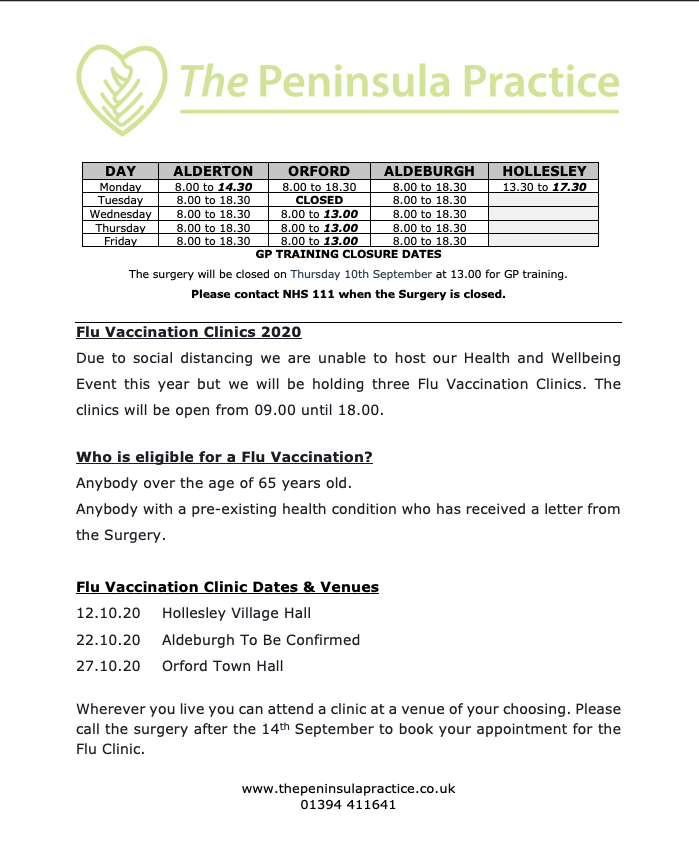