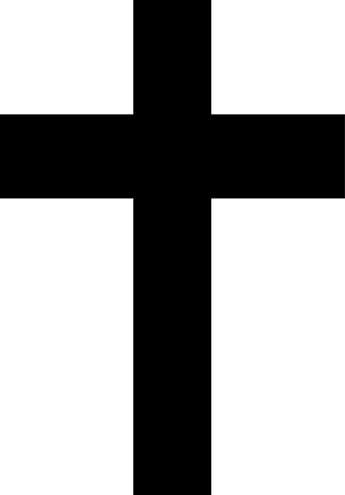 Message from The Rector

I’d already written something for this pew-sheet when the news came through of the death of Prince Philip. As I write it is still early days, but the national church has already supplied some excellent and appropriate material for use in services over the next few days – and Sunday morning will reflect this. I have written in my sermon something about the man who just always seems to have been there, loyally (and as he used to say) ‘doing his bit’ – and sometimes being a little outrageous in the process. But if ever there was a man of whom it could be said that he lived a long and generous life then Prince Philip was he. The country owes him a huge amount and that will doubtless be reflected in the tributes already pouring in. May he rest in peace and rise in glory.

The Church of England has opened an online Book of Condolence which all are invited to sign.

We have a mixture of services this Sunday week – in church in Aldeburgh (10.30am) Aldringham (11.00am) and online in Friston (9.45am). The Aldringham service will be recorded and be available online later in the day. Then on Wednesday, as well as our usual online Compline from Friston (6pm) and Pilgrim’s Together Service (6.30pm), we will return to Aldeburgh church for our 10.00am service of Holy Communion according to the Book of Common Prayer. All are welcome – and the service will also be recorded and appear on our YouTube channel by lunchtime.

Finally, a quick look back to last Sunday and a huge thank-you from me to everyone who made things work so beautifully. Those who prepared printed material, those who cleaned and decorated our churches, those who were sidesman and stewards, those who contributed music, those who prepared for, and came to, our Dawn Service in Aldeburgh churchyard (more than 50 people did – and the fire burned brightly, thanks Ken!) – and to my clergy colleagues who, like me, were doubtless aware of the fact that it had been a long time since they celebrated Holy Communion with a live congregation and were overjoyed to enjoy the privilege once again. Thank you all! Alleluia!

With love – and renewed Easter Greetings

Collect
Merciful Father and Lord of all life, we praise you that we are made in your image and reflect your truth and light. We thank you for the life of His Royal Highness Philip, Duke of Edinburgh, for the love he received from you and showed among us. Above all, we rejoice at your gracious promise to all your servants, living and departed, that we shall rise again at the coming of Christ. And we ask that in due time we may share with your servant Philip that clearer vision promised to us in the same Christ our Lord; who is alive and reigns with you and the Holy Spirit, one God, world without end. Amen.

Reading
Revelation 21.1-7
Then I saw a new heaven and a new earth; for the first heaven and the first earth had passed away, and the sea was no more. And I saw the holy city, the new Jerusalem, coming down out of heaven from God, prepared as a bride adorned for her husband. And I heard a loud voice from the throne saying, ‘See, the home of God is among mortals.
He will dwell with them;
they will be his peoples,
and God himself will be with them;
he will wipe every tear from their eyes.
Death will be no more;
mourning and crying and pain will be no more,
for the first things have passed away.’
And the one who was seated on the throne said, ‘See, I am making all things new.’ Also he said, ‘Write this, for these words are trustworthy and true.’  Then he said to me, ‘It is done! I am the Alpha and the Omega, the beginning and the end. To the thirsty I will give water as a gift from the spring of the water of life. Those who conquer will inherit these things, and I will be their God and they will be my children.

Sermon for 11th April – Second Sunday of Easter,
by our Rector, The Revd Mark Lowther

He was the longest-lived male member of the British Royal Family. He joined it 73 years ago when he married Princess Elizabeth in 1947 and he became Prince Consort in 1952 when she became Queen – 69 years ago – the longest-serving consort of a reigning British monarch. He was, if you like, service personified. And that service to the British crown went back even further – he joined the Royal Navy in 1939 at the age of 18 and served with distinction in both the Mediterranean and Pacific fleets. If anyone really knew and lived loyalty it was Prince Philip. And if that implies that he surrendered his personality to his role – well, we know better, don’t we? One national newspaper tribute to him ends with some words from a former Bishop of London, Richard Chartres, to a royal biographer:

“If one of the standard English aristocrats had married the Queen it would have bored everyone out of their minds.”

And the paper’s final, and thoroughly apt words are:

‘The Duke of Edinburgh was many things, but one thing he was not was boring.’

Another thing about him, which no doubt we’ll see reflected not just in tributes but in the plans for the next few days, is that he wasn’t one for a fuss. He certainly let it be known that he didn’t want people fussing over him when he was in hospital recently and he had said that his own funeral should be a relatively simple one – at St George’s Chapel in Windsor rather than Westminster Abbey – though it will no doubt, be with full military honours, as befits a distinguished naval officer.

We will, of course, never really know the private Prince – and so we shouldn’t. Prince Philip was of an era when intrusions into royal private life were rare. But we do get something of the flavour of the man from snippets in biographies. One writer, who knew him well, says:

He was … creative, but did not advertise the fact. He planted avenues of trees, created water gardens, laid out borders and beds. He liked painting. He read poetry. He was fascinated by nature and religion. “I take an interest in comparative religion,” he admitted to me, “but I mustn’t talk about it or I’ll be labelled a religious crank.”

I’d love to learn more about that side of Prince Philip.

But to return to where I began and the idea of loyal service. Prince Philip spent the majority of his life living for others – most notably, of course, the Queen, but also countless organisations and charities for which he was happy to be a figurehead and contribute the occasional witty speech (he was proud of the fact that he knew how to make an audience laugh). He served so many who probably weren’t entirely aware of what that service meant to him and what it cost him. And the fact that the Queen has been able to serve her country in the way that she has for so long is, at least in part, because Prince Philip served her and her position so well.

In 1997, in a speech at their Golden Wedding celebrations, the Queen said this of him:

“He is someone who doesn’t take easily to compliments. But he has, quite simply, been my strength and stay all these years, and I, and his whole family, and this and many other countries, owe him a debt greater than he would ever claim, or we shall ever know.”

May Prince Philip reast in peace and rise in glory.

Your GP surgery is unable to offer a certification of Covid vaccination, a vaccination passport or a letter to prove you have been vaccinated against Covid-19. You can, however find details of all your vaccinations on the NHS App: https://www.nhs.uk/nhs-services/online-services/nhs-app/

Proof of vaccination documents have not yet been developed and, as such, cannot be provided by your GP. As soon as we have further information, we will share it with you.

Our Alde Sandlings Churches beautifully decorated for Easter.
A HUGE thank you to all that made it happen